The idea of an independent working group of European dietitians was born during the 5th International Congress of Dietetics 1969 in Washington D.C., USA. 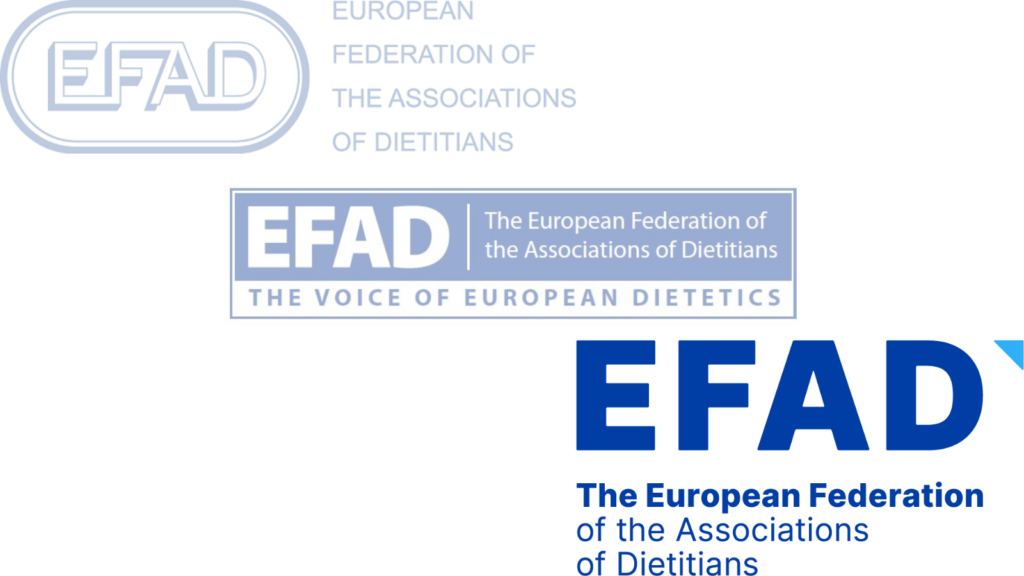 Dietitians from Europe realized the need to create a separate platform for European dietitians to enable them to have a stronger voice worldwide and receive more professional and political recognition for their work.

In 1972 the Committee of Dietetic Associations of the European Economic Community was founded by delegates from France, Germany, the Netherlands, and the United Kingdom. It was open to all national dietetic associations within the European Community. Belgium, Denmark, and Ireland were the first additional members to join. 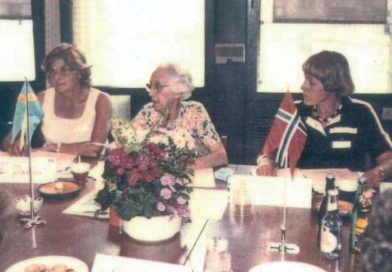 Membership of EFAD was open to one National Dietetic Association from each member state within the Council of Europe. Each member association was represented by its delegates and had one vote.

The Executive Committee was made up of an Honorary President, who did not represent an Association, and representatives from four Dietetic Associations, one of whom acted as Honorary Secretary and another as Honorary Treasurer.

In 1998 an official secretariat was established.

By 2003 EFAD had 22 member associations representing around 22,000 European dietitians. Membership was extended to more than one national association of dietitians per country. 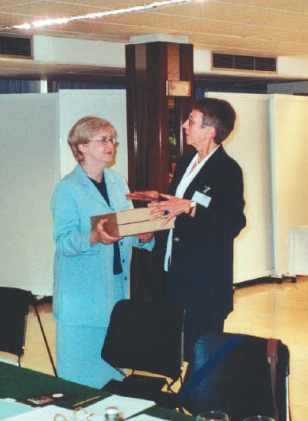 At that time members expressed their wish to have a unified set of requirements for education of dietetic students following the EU Bologna declaration. This resulted in the European Academic and Practitioner Standards, adopted in 2005. The standards contains the definition of different work areas (clinical, administrative, public health) of dietitians, the minimum requirements of the education (academic and practice) at the entry to the profession. Since then, and updated versions, it has been the basis for academic standards in dietetic courses as well as a clear statement about who dietitians are and what can be expected from their work.

In 2014 Education Associate Membership was created.

The country of origin of EFAD members was extended to include all 53 WHO European Region member states since 2019.

Nowadays EFAD has around 30 Member Associations and over 40 Higher Education Institutes, representing over 35,000 dietitians and 90,000 students.

EFAD relies on the work of its committees, networks, experts and representatives to deliver the Strategic Plan and Annual Work Plans.

Most of the work is carried out on voluntary basis, supported by a paid secretariat. The paid staff is extended in the years with an Executive Director, project manager and tented work to support the grows of the organization as pan-European community of dietitians influencing policy, education and stakeholder collaboration.

An important boost to promote excellence in the education of dietitians has been given by the DIETS projects.

The Thematic Network resulted in the partnership between the Higher Education Institutes, the National Dietetic Associations and Non-Governmental Organizations.

DIETS legacy still forms the backbone of EFADs policy on the professional development of dietitians.

The three standing committees, EFAD Professional Practice Committee (PPC), the Educational and Lifelong Learning Committee (ELLLC) and the Research and Evidence based Practice Committee (REBPC) were implemented in this period and became a structural part of EFAD organisation. An Extraordinary General Meeting in February 2010 agreed to restructure EFAD by extending the Executive Committee to include the chairs of the three committees.

A variety of products were conducted such as the International Code of Ethics and Code of Good Practice (adopted in 2008),  the Strategy for Life Long Learning, Standards for Practice Placement and European Dietetic Advanced Competences.

The DIETS projects brought together groups of specialist dietitians. EFAD currently has eight European Specialist Dietetic Networks (ESDNs). The ESDNs became important in the further development of the profession on specific topics and represent EFAD in substantive projects.

Dietetic students also came together in DIETS and created their own European network. ENDietS was established in 2014 and became a vibrant network of EFAD representing European dietetic students.

Seven conferences were held during DIETS. Since then, EFAD has continued to hold conferences for their members. The first virtual EFAD congress took place in October 2021. The corona pandemic was the most important factor for this innovation.

However, since DIETS webinars have become a common way for EFAD to support dietitians in Life Long Learning.

In 2022, EFAD Learning will be launched to further support professional development through flexible and self-directed courses for all career stages.

The voice of European Dietetics

Being the voice of European Dietitians has been the driving force of EFAD since its inception. The collaboration with other organisations and professional bodies has expanded over the years.

This resulted in the cooperation in many different projects and the opportunity for EFAD to express its views on nutritional and dietary aspects.

Position papers and role statements have been prepared over the years and represents EFAD’s official vision on a particular topic and can be used by governments or others to inform their understanding.

In 2015 the European Dietetic Action Plan (EuDAP) was conducted to achieve better nutritional and sustainable health, through pro-active engagement with Health 2020, the European Food and Nutrition Action Plan, and other EU initiatives.  EuDAP shows the commitment by dietitians throughout Europe to take action that will improve health for all, through food and nutrition.

In 2018, EFAD was accredited as an official non-state Actor by the WHO Europe region. This means that EFAD can now contribute to the Regional Committee meetings of Health Ministers from 53 WHO region member states.

EFAD shows its gratitude to its members by honoring in a variety of  ways.

The first Honorary membership was awarded  in 2002  to Renate Frenz during the 13th General Meeting in Oslo.

The first Dietetic Fellowship was awarded to Prof. Agneta Hörnell in 2018.

The first European Student of the Year award was given to Eimear Kelleher of Ireland in 2009.

The role of honorary president of EFAD is performed by

Please let us know if you agree to cookies. We use cookies to give you the best online experience. Read more.
Cookie SettingsAccept All
Manage consent

This website uses cookies to improve your experience while you navigate through the website. Out of these, the cookies that are categorized as necessary are stored on your browser as they are essential for the working of basic functionalities of the website. We also use third-party cookies that help us analyze and understand how you use this website. These cookies will be stored in your browser only with your consent. You also have the option to opt-out of these cookies. But opting out of some of these cookies may affect your browsing experience.
Necessary Always Enabled
Necessary cookies are absolutely essential for the website to function properly. These cookies ensure basic functionalities and security features of the website, anonymously.
Functional
Functional cookies help to perform certain functionalities like sharing the content of the website on social media platforms, collect feedbacks, and other third-party features.
Performance
Performance cookies are used to understand and analyze the key performance indexes of the website which helps in delivering a better user experience for the visitors.
Analytics
Analytical cookies are used to understand how visitors interact with the website. These cookies help provide information on metrics the number of visitors, bounce rate, traffic source, etc.
Advertisement
Advertisement cookies are used to provide visitors with relevant ads and marketing campaigns. These cookies track visitors across websites and collect information to provide customized ads.
Others
Other uncategorized cookies are those that are being analyzed and have not been classified into a category as yet.
SAVE & ACCEPT